So two weekends ago I went to Kaihinmakuhari, the main purpose of this trip (other than getting out on the weekend) was to visit a Carrefours. Carrefours is a french supermarket. I went with Cheung who is french (now can you see why?). We first visited the supermarket, but then decided to not buy much and go out exploring.

We went to a nearby park on the bay. This is on the opposite side of the bay of Yokohama. We walked down past the stadium where the Chiba Lotte Marines play. Then we ventured to the beach. The beach, like the rest of the park, was rather run down, almost forgotten. When we went back to the park we found that it was an old rundown amusement park of some sorts.

It was very interesting to see what time can do to a place if it is left unattended. I have no doubts in my mind that this was once a flourishing amusement park. Now all that was left were a few attractions that hadn’t completely broken down yet.

After venturing the amusement park we followed a path to a Japanese garden. It was only $2 to get in, but we saw enough from the outside, plus at that time our feet were getting sore (neither of us had walking shoes on).

After i got home i devoured the bread and cheese and was left with some cereal (cocoa crispies and frosted flakes) and some Bombay Sapphire gin which i got for ~$15. All in all this was a great experience and a very interesting place. 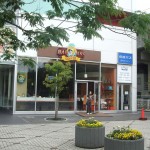 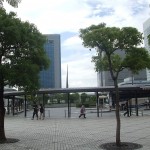 A view near the station in Kaihinmakuhari 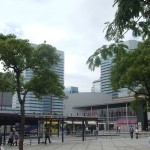 A view near the station in Kaihinmakuhari 2 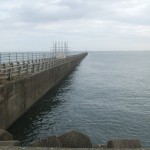 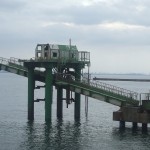 Some old run down house(?) on the bay 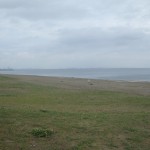 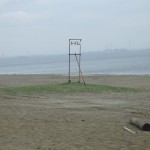 This is funny because it says “toilet” 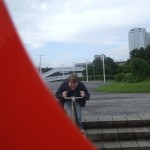 Me shooting a broke down amusement park game water gun 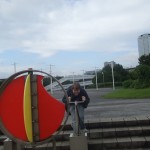 Even though it’s broken i busted a hole through it! 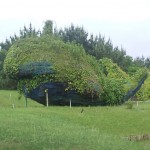 A whale that has been over growned with foliage.

A fish and octopus that has been over growned with foliage. 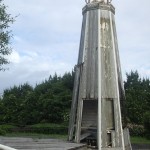 I think this is supposed to be a light house, but it’s only 20 feet tall 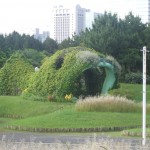 The opening of the whales mouth 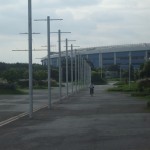 This led down toward the ball park 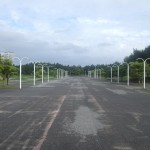 This led to no where 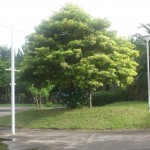 A tree with a flower plant at the bottom