Well, it’s been nearly a year since my last post. Yes I’ve been busy, but I have had time to post, but just haven’t. Hopefully I can get back into a normal posting routine.

Anywho, this post is about the Ghibli Museum in Mitaka. I went there several months ago with a friend who came to visit me. The adventure began when we found out we had to buy tickets before hand. People online had suggested getting them anywhere from 1-2 months in advance. We were trying to get them less than a week in advance. I found out that to get them you had to go to a Lawson convenience store, and purchase them through the computer there, “Loppi”, which is used to purchase tickets for a variety of events.

We went to the closest Lawson, a few minute walk from my apartment, and I stepped up to the machine. The first thing i noticed was there was no English button. I somehow managed to navigate the whole thing, and in the end I was half surprised we ended up with the correct tickets for the correct date instead of some Sumo championship tickets for an event in Hiroshima. Needless to say, I was quite impressed with myself.

We ended up going to the museum on a Friday at around 4pm. This was one of the latest times the tickets allowed. We got off at Inokashira-koen and took a nice long walk through the park. We ended up getting there a little early so we sat on a park bench and people watched for a little. It was several weeks before hanami time, but the sakura were already starting to blossom.

Finally around 3:45 we got bored and decided to try to go in early. We were let in without a problem and got our tickets to a movie preview they do. We decided to go see that first, and were pretty excited in being able to see a never-before-released piece of Ghibli magic.

The movie that was playing was Chu-zumo, which was a 15-20 minute flick about sumo mice. It was very cute, and even though it was all in Japanese the plot was really easy for my friend and I to follow (him not knowing a single word). We left the flick with smiles on our faces.

After that we wandered around the museum. It was a very nice and unique place, fun for all ages. There were no pictures allowed inside, so the few that I have are from outside.

All in all, it was a wonderful experience that i wouldn’t mind doing again. I think that people of any age, regardless of whether or not they are Ghibli (or even anime) fans would enjoy it. There is a lot of eye candy and hands on things to do. My only regret is that i was over 12 years old and couldn’t play on the cat-bus. 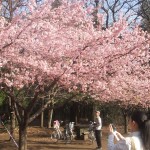 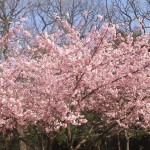 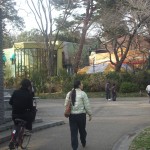 View from outside the Ghibli Museum 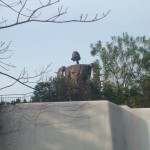 View of the Robot Soldier from outside 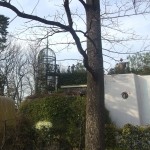 View of the spiral stair case from outside 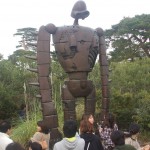 Upclose view of the Robot Soldier 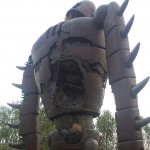 Back view of the Robot Soldier 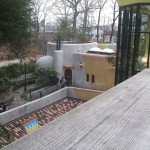 A view of the entrance from the roof 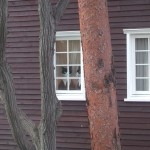 Creepy cats in the window 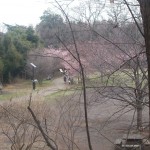 A view of the park from the roof 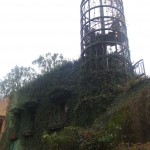 A view of the spiral staircase 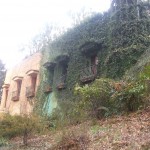 Vines covering a side of the museum 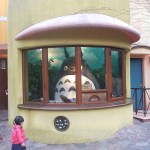 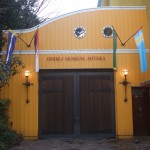