So i finally went to Kagaya in Shimbashi, and i am speechless. While using Stumble Upon about 2 months ago i stumbled upon this page: http://gaijintonic.com/2007/02/08/kagaya-maddest-bar-in-tokyo/ . It looked very interesting and i told myself that i needed to go sometime. Well time past and i found myself looking for something to do one weekend. I had already talked to Cheung, and called him again to see if he wanted to go out for dinner and drinks.

We went to a Mexican place in Shimbashi for dinner, and then headed over to Kagaya’s. It is a small place in the B1 floor of a building. Once you walk in it looks like a bare Japanese diner with not much going on for it. He greeted us and showed us our table then disappeared into the back. Moments later we heard him humming the Dark Side theme from Star Wars. A little bit after this began a robot popped out of the back room with Mark following. He continued to hum the music while the robot brought us our hot towels to clean our hands with.

The rest of the night followed suit. After an incredibly interesting display of the drink menu, we were told to choose a drink and a country (from one of the ones listed). We chose a beer each, from France. Mark appeared about a minute later with old french music playing in the background.

French Mark getting ready to painting me

Mark continued to paint a picture of me, and then served us our drinks. Cheung’s which vibrated violently every time he lifted it, and mine which made a frog sound every time i set it down. The girls at the table in front of us were getting a good laugh out of this, as were we. They seemed to be friends of Marks since none of his silly antics applied to them, and he even brought them a birthday cake and pulled out a guitar to sing happy birthday to them.

As the night progressed, the events continued to get weirder. I dont want to ruin it for anyone who is planning to go so i’ll leave it at that and some pictures. If you want to visit Mark and his establishment (which i highly recommend) you can find a map drawn by him here http://www1.ocn.ne.jp/~kagayayy/newpage3.html

As childish as it looks, it is actually a great rendering of the area, and makes it very easy to locate! 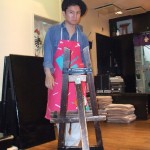 French Mark getting ready to painting me 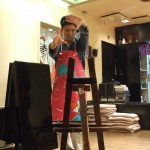 Hmmm, lets get a good angle 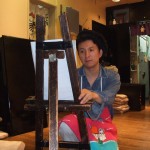 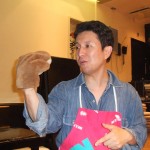 This was the food menu 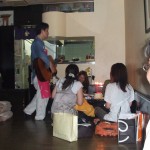 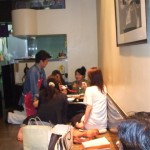 Mark is explaining the rules of the shock game 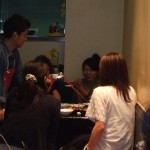 The girl on the back right got shocked 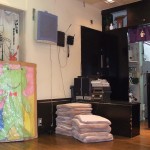 A view of the establishment 2 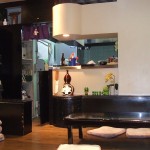 A view of the establishment 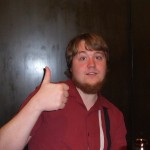 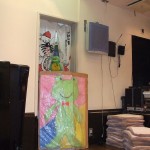 Jack is telling us about Ben 4 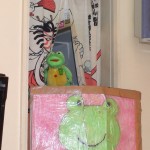 Jack is telling us about Ben 3 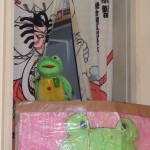 Jack is telling us about Ben 2 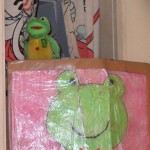 Jack is telling us about Ben 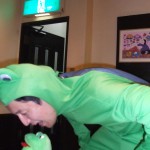 Mark is talking to Jack 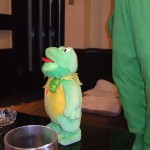 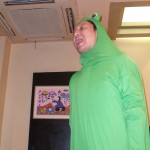 Mark as a Frog 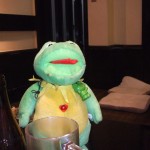 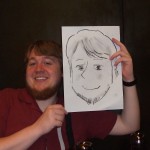 The picture Mark drew for me 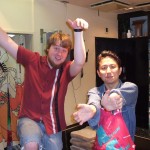 Mark and I Posing 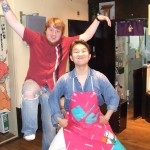 Mark and I Posing 2